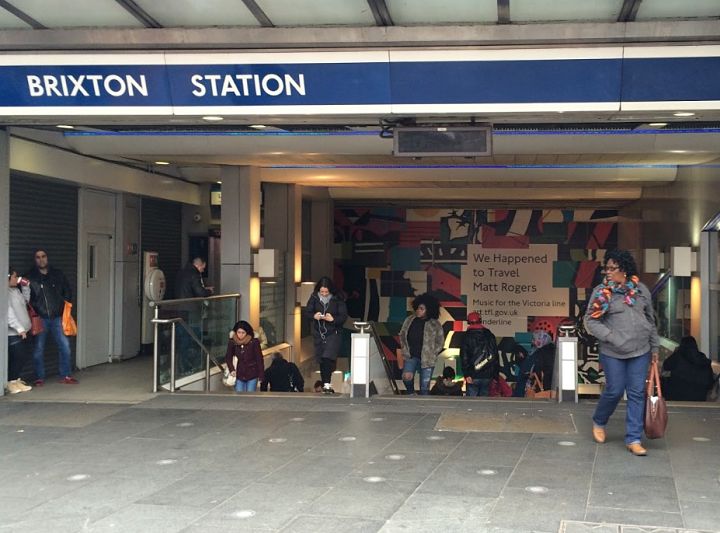 Brixton station is a commuter railway station in Brixton, South London, UK. It was opened as Brixton and South Stockwell in 1862, to serve the affluent Victorian suburbs of South London It is on the Chatham Main Line, down the line from London Victoria. It is above the ground level, at the north of Brixton Underground station and can be seen from the tube station.

Access to this station is from Atlantic road via staircases. People may visit the National Army Museum, Dulwich Picture Gallery, and Tate Britain near to this station.  Trains at this station are operated by Southeastern. It is a very busy junction, with one train every 15 minutes in both directions.

A number of colourful murals have been painted on the outside of the station. Bronze sculptures stand on the platforms enhance its beauty. The statues are life casts of three people who regularly travelled from Brixton. The statues believed to be the first sculptures of black British people in a public place in the UK.

The typical off-peak train service per hour is:

On Sundays, service frequency is halved in each way

There is a famous pub nearby which is worth visiting.